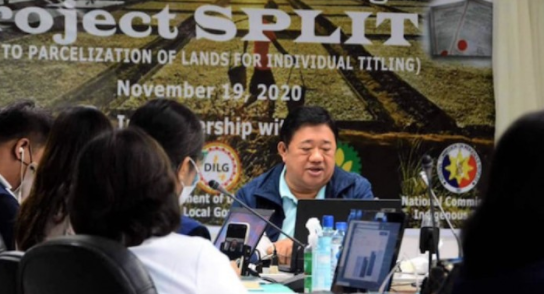 “Many farmers who were granted lands under the country’s agrarian reform program have been waiting for individual land titles. Some have even waited for decades,” he said.

He said that the project will be implemented by DAR in 78 provinces in 15 regional offices, covering a total area of 1.368 million hectares, starting this year 2020 until 2024.

“During the first year of SPLIT project implementation, initial activities will include inventory of CCLOA, validation, survey of 15,338 hectares, registration and titling of 29,660 CLOAs which is equivalent to 35,592 hectares. Enhanced and improved parcelization procedures and new survey techniques to generate individual titles will be tested in priority regions,” Brother John said

The SPLIT Project will be implemented by DAR in partnership with the Department of Environment and Natural Resources, the Land Registration Authority, Registry of Deeds, Land Bank of the Philippines, National Commission on Indigenous Peoples and the Department of Interior and Local Government.

The SPLIT project was approved by the Investment Coordination Committee (ICC) - Cabinet Committee on September 27, 2019, confirmed by the National Economic and Development Authority (NEDA) Board on May 15, 2020 and approved by the World Bank Board on June 26, 2020 for financing. The Loan Agreement for the Project was signed on July14, 2020 between the World Bank and the Government of the Philippines represented by the Secretary of the Department of Finance. The loan became effective October 2020. (DAR)