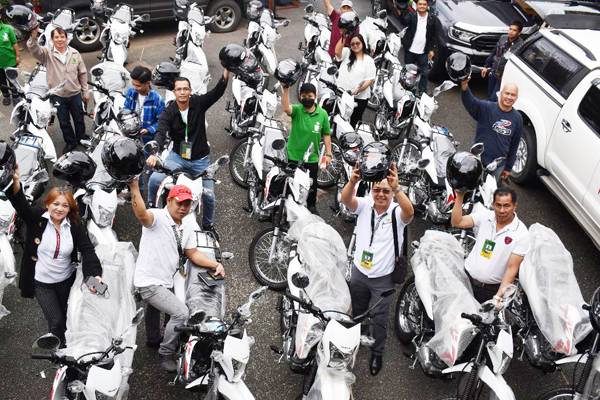 BAGUIO CITY – The Department of Agrarian Reform-Cordillera has received 25 brand-new motorcycles for field validation teams to speed up the verification of landholdings with collective Certificate of Land Ownership Awards (CCLOAs) in the region.

DAR Regional Director Samuel Solomero thanked DAR Secretary Conrado Estrella III for his prompt response to their request under the Support to Parcelization of Lands for Individual Titling (SPLIT) Project.

He said the motorcycles will fast-track the validation of landholdings with collective CCLOAs that are the subject of parcelization.

“We know the terrains in our area are difficult for vehicles, so we thought of the motorcycles so our validation teams can easily go to the mountains, so that it will not be difficult for our landowners to come to our office to just validate their land,” said Solomero.

One motorcycle will be assigned to the regional office, eight for Abra, two for Apayao, three for Benguet, four in Ifugao, three in Kalinga, and four for Mountain Province.

Estrella gave two to the DAR Central in Quezon City, 25 in Cordillera, 27 in Ilocos region, 52 in Cagayan Valley, 20 in Central Luzon, and 30 in Central Visayas.