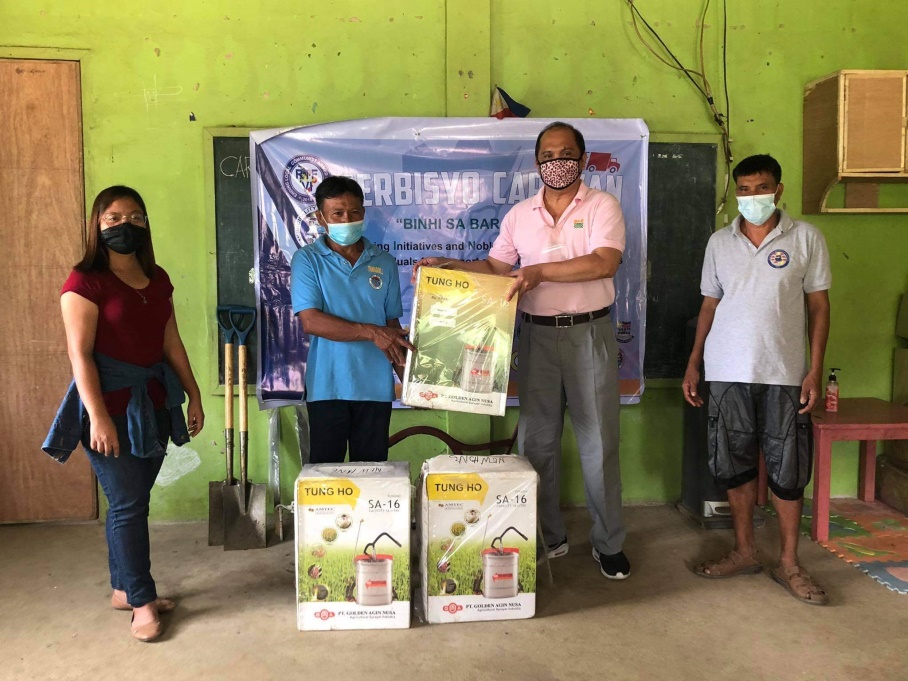 In the aim to prioritize and harmonize the delivery of basic services and social development packages in conflict affected areas and vulnerable communities, as well as to facilitate societal inclusivity, and ensure active participation of all sectors of society in pursuit of the country’s peace agenda, the Boloc Indigenous Farmers Association in Tubungan, Iloilo, being identified as one of the conflict-affected areas in the Province by National Task Force to End the Local Communist Armed Conflict (NTF-ELCAC) received support in the  form of farm tools such as spades, knapsack sprayers, and vegetable seeds under the program on Climate Resilient Farm Productivity Support (CRFPS) provision of farm machineries, tools, and equipment of the Department of Agrarian Reform Iloilo.

Representing the department to hand-over the farm tools and inputs to the association is Senior Agrarian Reform Program Officer (SARPO) Antonio Z. Mocero, Jr. and staff under the CRFPS program with the direct supervision of Chief Agrarian Reform Program Officer, Celina C. Candoleta. “We want that the use of each of these items will be maximized and be made beneficial to your organization. It does not come for free. The payment shall be in the form of a report through the local government of Tubungan , that these tools were used and accessed favorably by the members.” SARPO Mocero said. 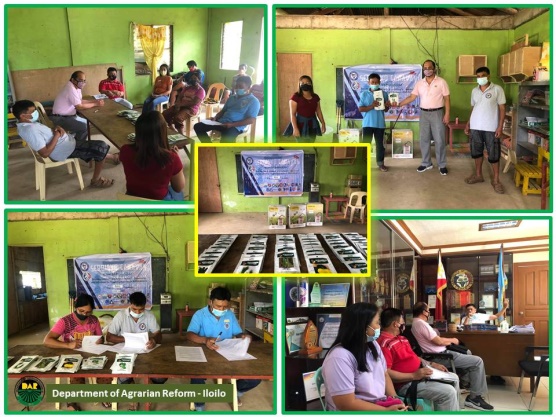 Present to receive the support services delivered by the department is Jessie Tamagos, President of the association together with its Chairperson, Alejo Capio, Jr. For them, the help coming from DAR will be beneficial to the members of the association considering that this will be an added input that could attract more farmers to venture and make their vegetable farming a success.

On a courtesy call conducted prior to the activity, Hon. Mayor Roquito G. Tacsagon, expressed his warm welcome and gratitude to the department for giving Boloc Indigenous Farmers Association the priority to avail the support provided by the department.

Under the leadership of Harriet A. Loot, Provincial Agrarian Reform Program Officer, and Lourdes F. Causing, Assistant Provincial Agrarian Reform Program Officer, the DARPO-Iloilo is mandated to strengthen its coordination with the Local Government Units in the province on the implementation of the Whole of the Nation Approach - End the Local Communist Armed Conflict (WONA-ELCAC) under Executive Order (E.O) No. 70 series of 2018. The said EO aims to enjoin all sectors of society including departments, bureaus, offices, agencies or instrumentalities of the government such as GOCCs and SUCs to render necessary support and interventions to conflict-affected areas in pursuit of the country’s peace agenda.