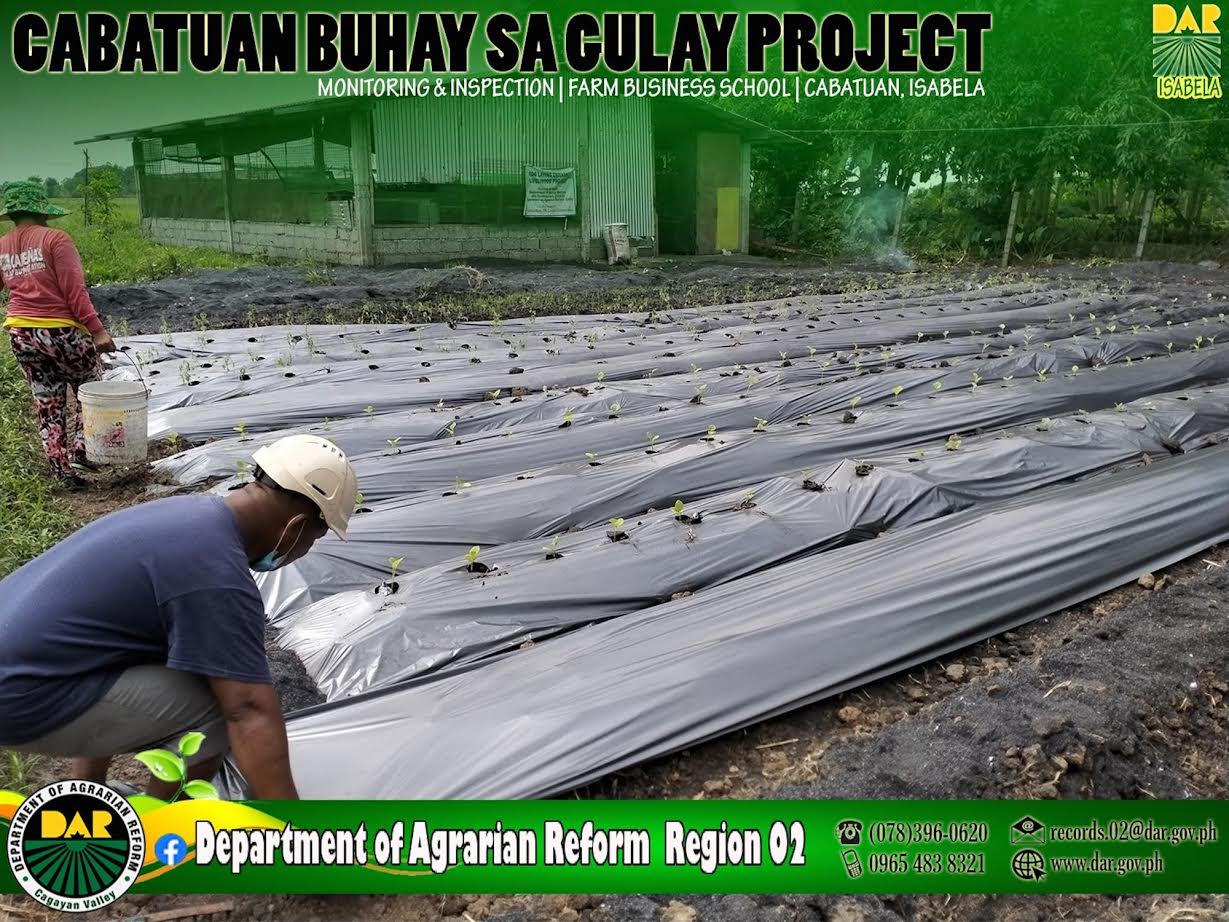 FBS is a program aimed to develop and train farmer-beneficiaries of the Comprehensive Agrarian Reform Program (CARP) become farmer-entrepreneurs.

Regional Director Samuel S. Solomero lauded the DSNCC, an agrarian reform beneficiary organization (ARBO) assisted by the Provincial Office of DAR, for their effort to participate in providing food security in Isabela. 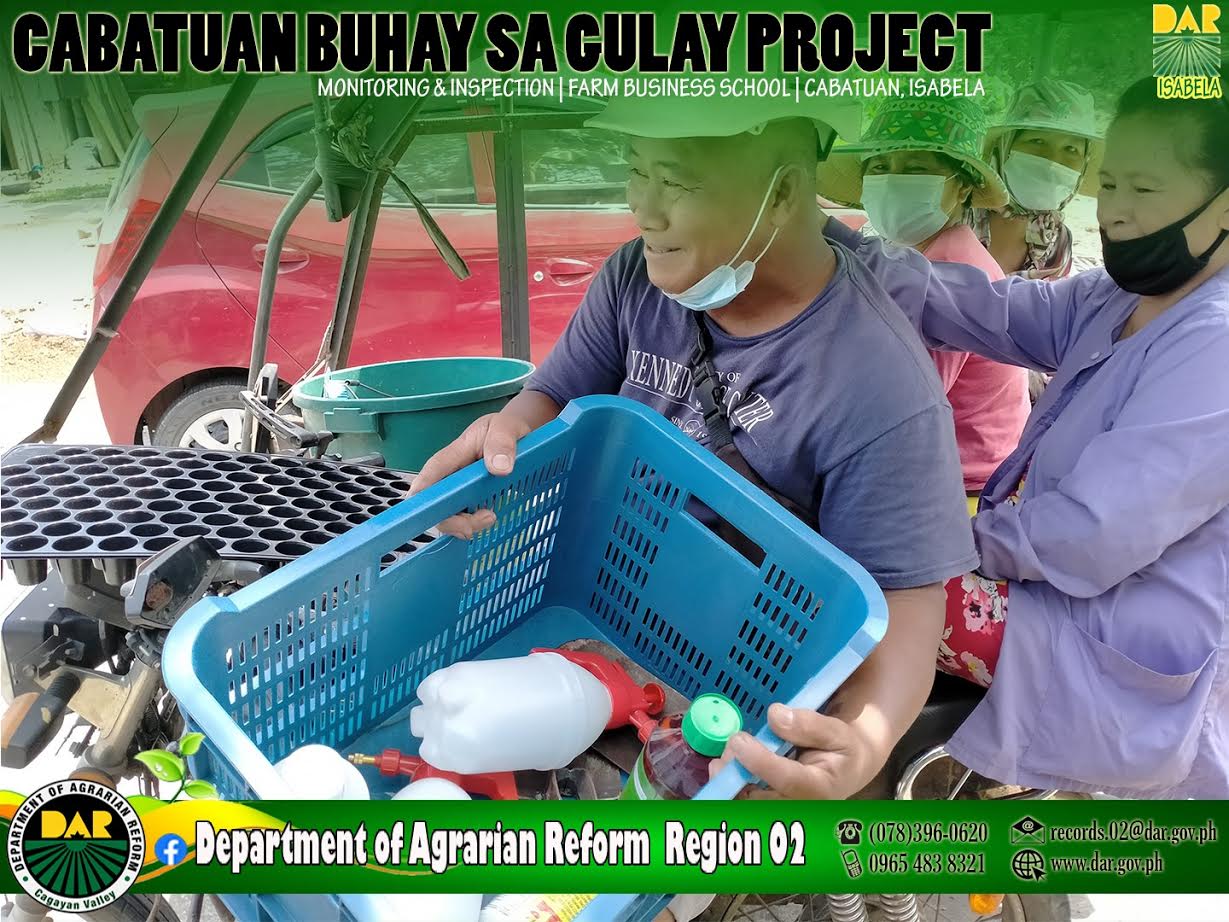 “This project is worth emulating and I am tasking our Provincial Agrarian Reform Program Officers (PARPO) to identify other possible areas to setup "Buhay sa Gulay" project,” Solomero said.

Solomero added that he is looking forward that majority of urban areas in Cagayan Valley region would implement this project because it would open the eyes of the people on the importance of farming in the community.