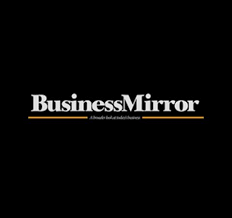 Since the implementation of the Comprehensive Agrarian Reform Program (CARP) in 1988, the government has transferred more than 4.9 million hectares, benefiting around 2.8 million landless farmers, an official of the Department of Agrarian Reform (DAR) said.

At the launching of the “Radyo Agraryo,” DAR’s Radio Program last October 12, DAR Undersecretary for Field Operations David Erro reported that as of June 2020, a total of 4,924,000 hectares of agricultural lands have been distributed to 2,894,000 agrarian reform beneficiaries (ARBs).

Since 1972 up to the present, or from the time of former President Ferdinand Marcos, the government has distributed a total of 5,441,000 hectares to qualified beneficiaries. “We already have distributed 90 percent of those numbers and the DAR is on its way to distribute the remaining to 523,000 hectares,” he said.

Under the program, the ARBs received an average of 1.5 hectares of land to till.

“The farmers are our clients and we provide them with free legal assistance in the course of agrarian disputes,” Pañgulayan said.

Pañgulayan recalled that in 2017, the DAR had a pending of around 80,000 agrarian legal cases.

“However, through DAR Secretary John Castriciones’s zero backlog campaign, the department in three years, has reduced these cases to around 6,500 cases,” he said.

He assured that with the secretary’s leadership and the help of 760 competent DAR lawyers across the country, the remaining agrarian cases would be resolved before the year ends.

Aside from land distribution and agrarian justice delivery, the radio program mentioned, in passing, that the DAR also provides support services to ARBs to help them improve their lands and their economic status.