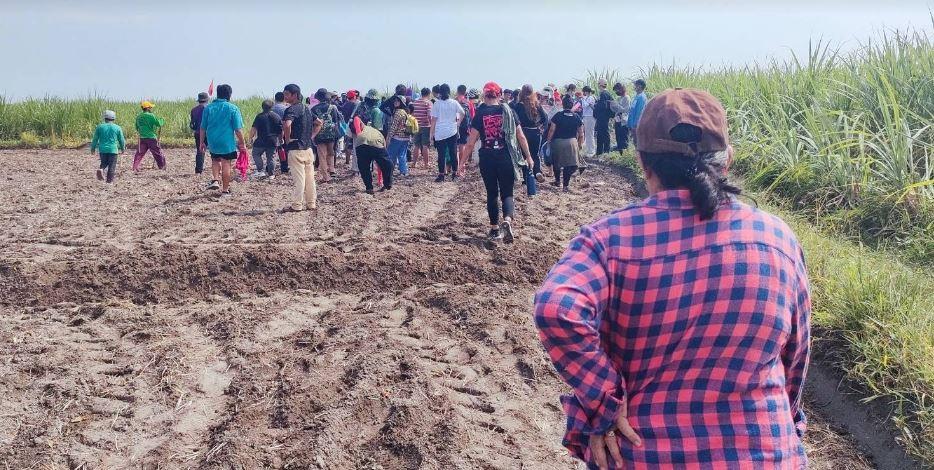 The Department of Agrarian Reform (DAR) said on Friday it will release the initial list of 177 farmers of Hacienda Tinang in Tarlac who will finally get their land titles.

The announcement came the same day 83 farmers and land reform advocates were arraigned at the Capas Municipal Circuit Trial Court on charges of illegal assembly and malicious mischief after performing a ceremonial cultivation of land or "bungkalan" in the farmland to mark the anniversary of the passage of the Comprehensive Agrarian Reform Program (CARP) law last June 10.

The farmers refused to enter a plea on the charges.

(We will post a tarpaulin stating the names of qualified agrarian reform beneficiaries. Initially, we found 177 qualified.)

"We are giving seven days for the people to comment and react and then after that, kung wala po silang violent reaction to that then maybe we can proceed with the installation of our farmers [in their individual lots]," he added.

A collective Certificate of Land Ownership Award (CLOA) has been issued to around 236 Tinang farmers way back in 1995, but the farmer-beneficiaries have yet to be awarded individual titles to this day.

"We will finish what we started and in fact, there is already an approved survey plan for that," Laña said.

"Based on the last meeting of the Task Force, we will be able to issue individual CLOA before June 30," he added.

The land for distribution for agrarian reform beneficiaries, Laña said, covers 200 hectares based on the collective CLOA issued in 1995.

Laña said that while the 1995 collective CLOA included 236 beneficiaries, some were already disqualified because some sold their land rights, did not work on that land, or converted their land without DAR approval.—LDF, GMA News