The humble barangay of Pindangan 2nd in Camiling, Tarlac keeps its stature as one of the most admired success stories the nation has ever had in the field of agrarian reform. Like any story of zero to millions, the road to success is not a stroll in the park. Rather, it is a crawl in the jungle.

Pindangan 2nd PMPC reinforces this stature as it emerges one of the most progressive agrarian reform beneficiaries’ organizations in the province.

In May 22, 1991, fueled by the determination to realize a vision to create a sustainable livelihood for members of the local community, the farmers of Hacienda Saulog in the barangay  led by Carlos Abrazado, an agrarian reform beneficiary himself, decided to form the organization and was officially registered as a cooperative with the Cooperative Development Authority (CDA). The cooperative then worked doubly hard with the Department of Agrarian Reform (DAR) and the Federation of Free Farmers (FFF) for the distribution of farm lands in Hacienda Saulog to the farmers of the barangay under the agrarian reform program of the government.

Chairman Gaudencio Lactaoean recounts that like with any other start-up organizations, the cooperative also encountered several setbacks - financial, structural, managerial and others. In addition, it is located in a farm community nestled in a far flung area of the province. Bringing produce to the market was the primary challenge. But with the burning passion to win these struggles, the group continued to strive to achieve the goals of their association. In their pursuit to help farmer-members, the cooperative started its relending services with small interest rates through the help of Land Bank that will provide capital for their crop production and other farming needs.

Lactaoean continues by saying that agriculture is the main source of income of the ARBO. Corn and palay are the main crops while secondary crops include onions and vegetables. In 2010, the cooperative started its corn, palay and sorghum trading serving as buyer and consolidator of the produce of their members. Likewise, the organization started to lend and sell farm inputs such as fertilizers and agricultural chemicals to their members at a lower price.

Sharing the cooperative’s vision of sustainability and seeing the seemingly unstoppable expansion of their organization, DAR-Tarlac flexed its way through and ensured that appropriate support services reached the organization. In due time, the organization received 1 unit of 35 HP 4-wheel drive farm tractor and another unit of 120hp farm tractor with complete implements under the Agrarian Reform Community Connectivity and Economic Support Services (ARCCESS) program of the DAR. Various farm machineries such as mechanical harvesters, mobile flash dryers and solar power irrigation system facilities from the Department of Agriculture and Greenhouse Solar Dryer from the Philippine Center for Postharvest Development and Mechanization (PhilMech) followed through. These interventions led the cooperative toward the goal of building resiliency and sustaining agricultural productivity by increasing the yield and income of its members through farm machineries and equipment rental.

Likewise, in 2017, the organization and through the assistance of DAR, skills trainings were conducted to process excess white corn supplies into chichacorn products which translated into additional income for the cooperative. The persistent determination to pursue the chichacorn processing business led to the cooperative being awarded with a Village Level Farm-Focused Enterprise Development (VLFED) Project of the DAR and enhancing its chichacorn product. Its stellar performance convinced the department to connect their organization to other development partners of DAR such as the Department of Science and Technology (DOST), Department of Trade and Industry (DTI), Tarlac State University (TSU), Local Government Unit (LGU) and the DA to merge their programs and projects to acquire a License to Operate (LTO) Certification from the Food and Drug Administration (FDA) which was eventually awarded in April 2020. This accreditation paved the way for the product to penetrate institutional markets such as malls, pasalubong centers and online markets.

When it rains it pours! In the course of time, the cooperative was also a recipient of chichacorn production facilities such as solar tunnel dryer, chichacorn fryer, stainless table, cooking and packaging equipment from the DTI’s Shared Service Facilities (SSF) Project worth over P200,000 and from DOST’s Grants-in-Aid (GIA) Program worth over P400,000.

The shower of blessings continues to pour in as the cooperative’s 53 ARB-members became recipients of more than P1-million worth of livelihood enterprises on corn production under the Convergence on Livelihood Assistance for ARBs Project (CLAAP) of DAR and DSWD. Also, the DAR through its partnership with Pilmico Foods Corporation awarded the cooperative with the Inclusive Corn Sourcing Project where the cooperative serves as the direct source of corn, a primary ingredient in producing animal feeds products of Pilmico. In addition, last March 2021, Pilmico delivered two (2) sets of egg machine kits with galvanized cages composed of 96 chickens and one (1) month feeds consumption to the agrarian reform beneficiaries (ARBs) and members of the cooperative. This public-private partnership between the ARBs of DAR and Pilmico is a grant project which aims to provide sustainable livelihood opportunities for the ARBs through the provision of livelihood kit and knowledge transfer for them to achieve good profitability result.

With the pandemic taking its heavy toll on the general population, the organization became a recipient of the ARBOld Move Project of DAR where farm productivity assistance such as vegetable seeds and fertilizers and food and non-food supplemental items for its members affected by the pandemic were handed out. The DAR also assisted the cooperative in marketing their products through the issuance of Quarantine Accreditation Pass (QAP) despite the community quarantine restrictions.

In a span of time, with the result of all the capacity development trainings as well as the outcome of the various programs and projects that were provided by DAR, the ARBO has attracted more ARBs as well as non-ARBs in the community to become members of their association. Currently, Pindangan 2nd PMPC has a total number of 151 members - 124 male members and 27 female members. 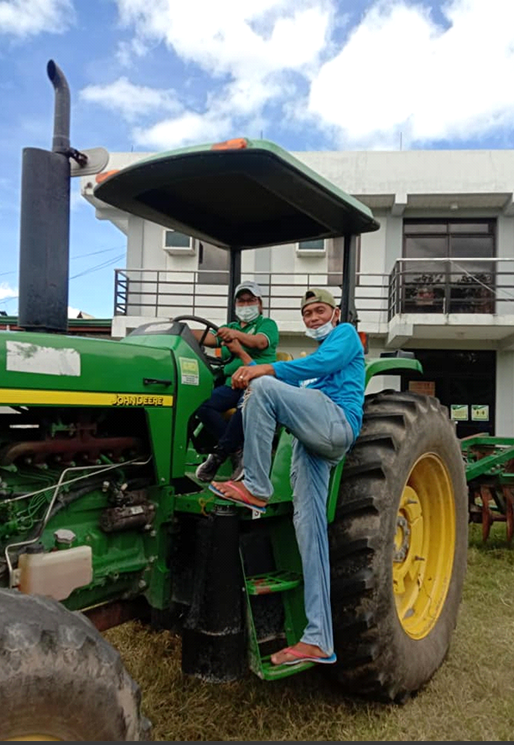 The road to stability has been fortified through the various interventions of DAR and other government and private institutions leading the way for the acquisition of a lot to house its office, warehouse and chichacorn processing center. Delivery trucks and service vans to be used in transporting members’ produce were also procured by the cooperative.

As of 2020, Pindangan 2nd PMPC has a total capital build-up of more than P2-million, a savings deposit of over P1-million and a credit line with the Land Bank of up to P10-million.

With its existence as a cooperative for more than 30 years now, officers and members of the cooperative never cease in improving its operations. Because of their relentless efforts, the cooperative became the Grand Winner for Most Outstanding Agricultural Cooperative (Medium Category) from the Provincial Cooperative and Enterprise Development Office (PCEDO) last  2019 and it was also hailed as the 5th Best Performing ARBO of DAR nationwide during its annual conduct of maturity assessment to more than 5,000 DAR-assisted organizations in the country.

Chairman Lactaoean beams with pride as the organization continues to showcase a quality of life depicting contentment and stability for its members (Gerald Fontanoza & Mark Catacutan).