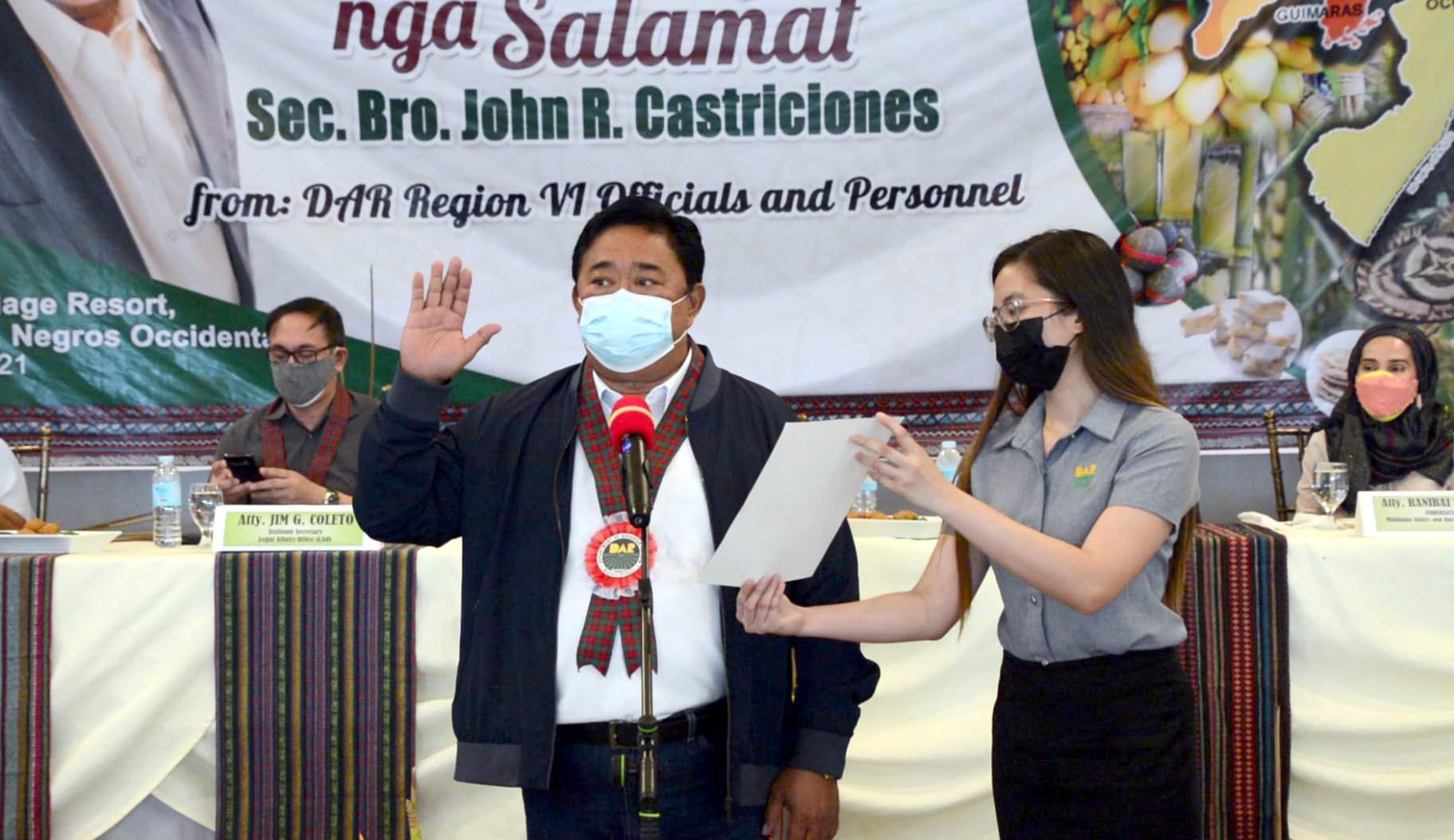 “All of you here are chosen to help the agency in strengthening the implementation of the Comprehensive Agrarian Reform Program,” The DAR Chief Executive said in his speech to the oath takers.

“One of the greatest challenges that our farmer-beneficiaries hurdle is social injustice. May we pave a way for them to receive the justice they deserve and help in alleviating the poverty they are experiencing,” Bro. John continued. 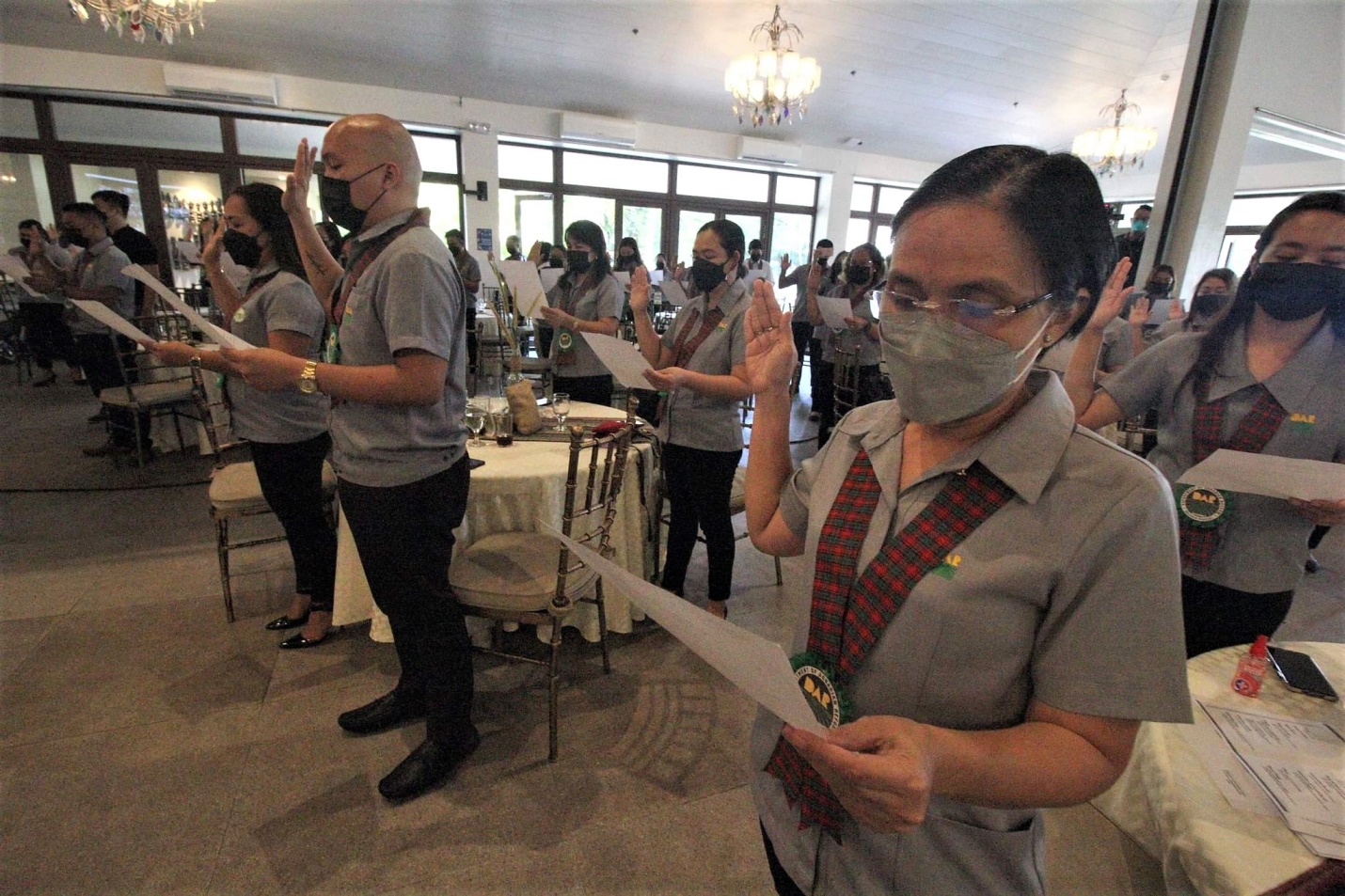 DAR Western Visayas Regional Director, Atty. Sheila B. Enciso, congratulated the employees and reminded them to be at their best in serving the Filipino people.

“May your purpose in entering the government service is to uplift the status of our farmer-beneficiaries in our society. Whatever tasks and responsibilities you are given, do it with honesty and integrity,” Atty. Enciso added.

One hundred forty-three (143) Negros Occidental oath takers were physically present in the ceremony, while eighty-two (82) newly hired and promoted personnel from Aklan, Antique, Capiz, Iloilo, Guimaras, and the Regional Office took the oath virtually via Zoom.